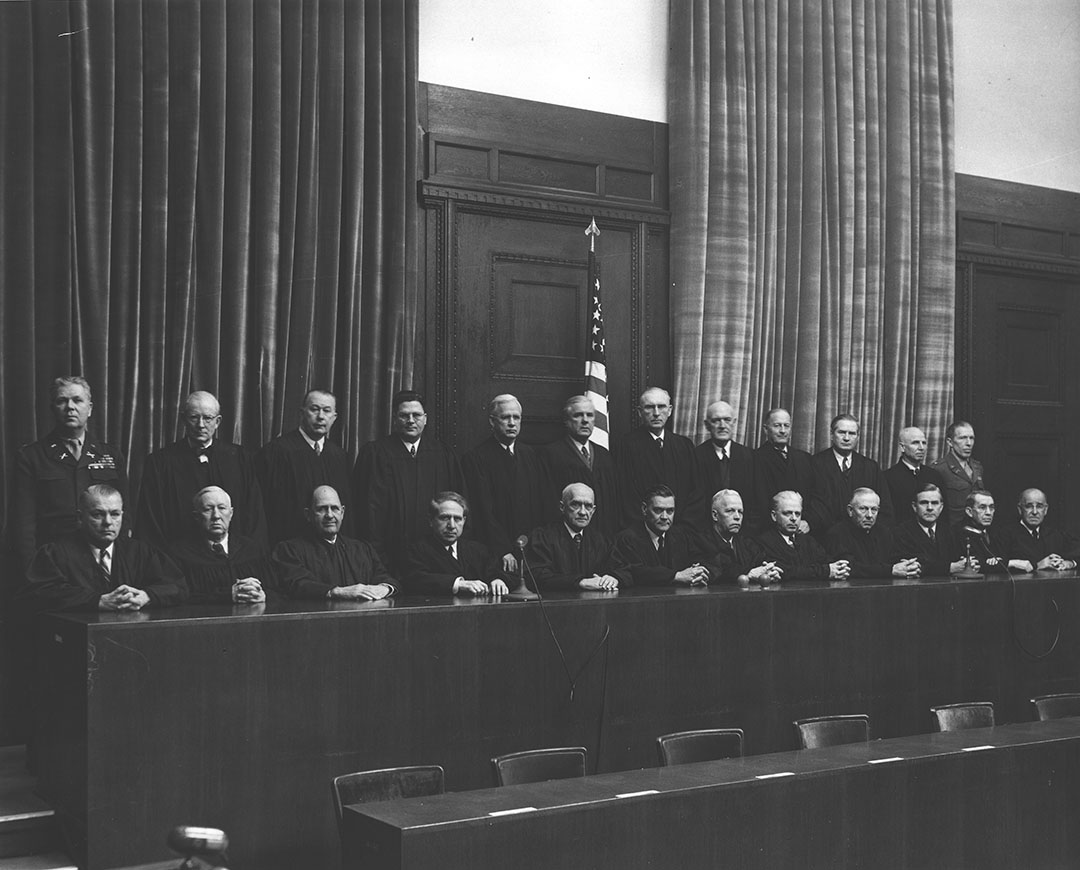 The photos and documents presented here were selected from the files of Paul M. Hebert, who served as Dean of the Louisiana State University Paul M. Hebert Law Center from 1937 until his death in 1977. Between 1947 and 1948, Hebert was appointed as a judge for the United States Military Tribunals in Nuremberg. As judge for the Tribunals, Hebert most famously presided over the I.G. Farben trial (Case Six), concerning the use of slave labor, and is well-known for his lone dissenting opinion, in which he disagreed with the majority’s acquittal of fifteen of the twenty-three named defendants who were members of the Vorstand, the principle governing corporate board of I.G. Farben.

Hebert’s Nuremberg files, as well as many of his professional and personal papers, now reside in the Louisiana State University Paul M. Hebert Law Center Library.