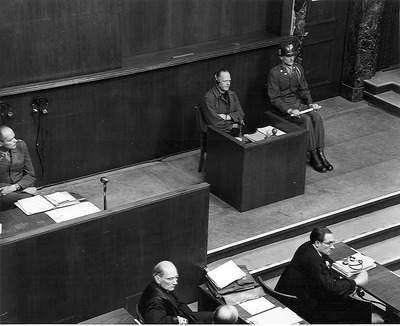 Former Luftwaffe Field Marshal Erhard Milch told the American Tribunal in the Farben courtroom that Hitler did not trust or like industrialists, particularly the I.G. Farben officials. Milch under a life sentence from another American Military Tribunal for the misuse of slave labor, in aircraft plants, appeared as a defense witness for Karl Krauch, former chairman of the Farben board of directors and the No. I defendant in the U.S.Government's trial of 21 officials of I.G.Farben.Â¤rauch, Goering's deputy in the four-year-plan, "definitely was not Goering's right hand man in regard to chemical questions," Milch declared. "Even if Goering had had a thousand right hands, Krauch would not have been one of them," he continued.